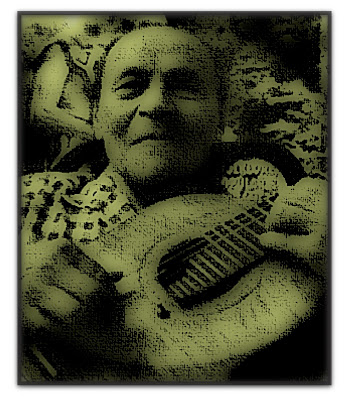 GUITARIST NATO LIMA, ONE OF THE TWO ORIGINAL MEMBERS OF THE WORLD
FAMOUS "LOS INDIOS TABAJARAS" GUITAR DUO, HAS PASSED AWAY AT 91...

Together with his younger brother Antenor, 'Los Indios Tabajaras' came
to New York City, from a Tupi Indian tribe northern Brazil, in the late
1950s...inspired as children by the movie "King Kong" in 1933.
Fascinated by the sights
and sounds of the city, and of the Empire State Building in particular,
they took up residence in a $6 per week apartment and in an attempt to
expand their career, successfully passed an audition for the then-popular
"Arthur Godfrey's Talent Scout" national TV show; which the brothers emerged
as the winners, chosen by the national audience vote.
They were eventually signed as RCA recording artists and their first
album in 1958, which produced their biggest hit single "Maria Elena"
initially met with only modest success. Eventually, they were forced
to return to the jungle in northern Brazil when work opportunities and
their savings ran out.
It wouldn't be until 1961, when a radio host on WNEW 1130AM chose
their recording of "Maria Elena" as the opening and closing theme for
his daily program, that the station became innundated with listener
inquiries about the mysterious and exotic song; and RCA was persuaded
to re-release both the single and the album, this time to much greater
and national success. The two brothers were eventually reached in
Brazil and were delighted to return to New York City, where they were
now able to afford to take up permanent residence; and in the following
two decades, saw their fame and reputation spread internationally.
As RCA recording artists, they toured worldwide, performing in some of
the biggest and most prestigious concert halls in Europe, South
America and Asia; as well as frequent appearances on many American
prime time and late night TV shows. They were a favorite guest of
Johnny Carson, who had them on his "Tonight Show" 27 times.
Los Indios Tabajaras would record 48 albums with RCA, until the mid
1980s when, following the retirement of brother Antenor and his replacement by
Nato's wife Michiko; their RCA contract was not renewed; and subsequent
albums would be released on Warner Brothers(Japan) and other independent labels.

Los Indios' original musical formula, was to take the music of the classical
guitar and further expand its harmonic range, thus enabling it to play pieces
written for piano and violin.
This was accomplished by the lead melody guitar being tuned a whole tone
higher plus the inclusion of additional extended frets on the treble
register of the fretboard, while the accompanying guitar was fitted
with a lower-pitched bass string as its 6th string. With this
arrangement, compositions such as Chopin's "Valse in C Sharp" and "Fantaisie
Impromptu, Op. 66" became legitimate classical guitar pieces for
the first time.
Although their second single release "Always In My Heart", as a follow
up to "Maria Elena", did not achieve the same success, their vast
catalog of albums continued to be steady big-sellers worldwide, and
would continue to receive airplay on the 'easy listening' and
classical music format radio stations.
Nato Lima was a prolific writer and arranger as well, with
compositions such as "Blue Angel"; "Maran Ciua"; "Ternura"; "It's
Always Fair Weather", and a world premier guitar arrangement of
Paganini's "Moto Perpetuo, Op. 11" featured on his 1995 album release
"Notable Notes". Their musical catalog consisted of three basic
formats: World Music (which Nato defined as "Folklorico"); Popular
Music; and Classical. On their live concerts, Los Indios would perform
the first half wearing the traditional Tupi Indian head dress feathers,
woven vests and beadwork jewelry; and then reappear for the second
half, dressed in formal attire and perform their unique classical
guitar arrangements.
In recent years, their music was 'rediscovered' by younger fans of World
Music; Exotica; and Retro-Lounge Music.

Nato Lima was preceeded in death by Antenor in the late 1990s; and is survived
by his wife, Michiko and two daughters, residing in Venezuela and Brazil.
Los Indios Tabajaras were members of Local 802 of the American
Federation of Musicians, New York City.
Record Labels: RCA (Brasil); RCA (USA); Warner Brothers (Japan) Vox;
Janus; EU (USA) 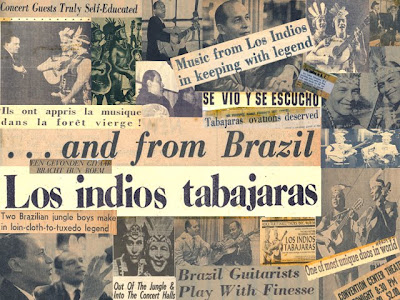